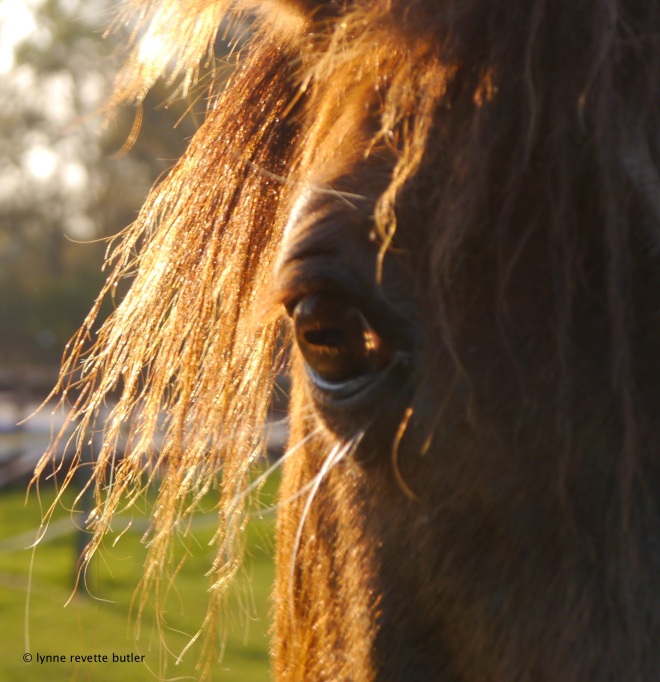 I didn’t set out to photograph a pony but the angle of the light was perfect and she looked so beautiful standing patiently waiting for her food whilst her young companion stomped up and down the fence line. 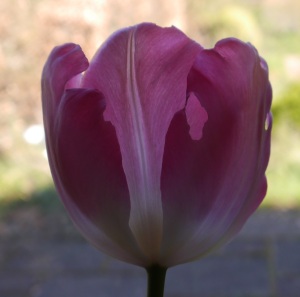 a bit chewed round the edges

Thank you to everyone who has commented on the blog or emailed me since I  last posted in early October.  Life since then has been difficult for many reasons; I have not  written anything creative and have taken very few photographs but I hope to return to both activities soon.

I wish all my blogging friends a happy and peaceful 2014; I have missed you! I have hundreds of posts to catch up on and I’m looking forward to thanking the people who have been kind enough to give me awards during my absence from blogging.

This is a completely different type of post from the ones I have produced recently; some of  you may have visited the blog many times but not even know that I have been working on a novel  as I have hardly mentioned it for months.

Earlier in the year I was working on self-editing and revising the story but could not decide whether to keep my original first chapter in place or bring forward a much later chapter and use it as the introduction to the main character Ellie.  Deciding that “temporary separation” was the answer,  during the summer I spent much less time working on the novel and much more time  on writing short pieces as exercises for myself and learning to use my new camera effectively.  I have never been one to sit and write in my free-time to the exclusion of everything else and time spent in the fresh air walking or gardening is vital to my mental and physical well-being.  Without my garden to nurture my soul I couldn’t be creative in other ways.

Some of you will know that I started this blog after attending a self-publishing conference where we were all encouraged to “build a platform” on social media as quickly as possible, regardless of whether or not we had already published work or were still complete unknowns struggling to finish writing our first book. I think this was bad advice.

I joined WordPress in late March and I quickly found Joanne Phillips who was very helpful, learned from her blog about the A – Z challenge and jumped straight in to posting every day.  As  a) I had not prepared any posts in advance like many of the other participants and b) I was still learning how WordPress and all the widgets etc worked, this took up a lot of the time I would have put into the editing and revising of my book. Without joining in the A-Z challenge I may not have found some of the wonderful bloggers whose posts I still enjoy reading every week and I certainly would not have got to grips with WordPress and gained confidence online in such a short time.  I cannot help thinking, however, that I would have been much nearer to publishing my book if I had delayed setting up my blog.  Do I wish I had waited?  Well, no, because I have met so many lovely bloggers and had such fun reading their posts and producing my own.

The plain fact, obvious to anyone reviewing the popularity of my posts, is that my photographs of wildlife and plants are liked by a small loyal band of regular readers and a reasonable number of people who visit on an occasional basis.  When I have exclusively written about my unfinished novel the comments have been supportive and useful but the appeal of those posts is limited.  If I use up a chunk of my “creative thinking time” trying to write interesting posts about my writing endeavours I will hopefully  get more useful feedback but I probably won’t have enough time left to read and respond to the comments and consider how to make use of the suggestions.  I have really enjoyed reading and commenting on other writers posts about their WIP’s but, recently, several of them have announced that they plan to publish less blog posts in the future so they have more time to actually write the WIP’s.

I spend some time on Twitter but not on Facebook ; perhaps if I had joined Facebook when I started the blog I would by now have “built a platform”  that affected the sales of my book when it is eventually published, but I doubt it.  If anyone ever asks for my advice I shall say start a blog at any time if you think you’ll like blogging but, if the intention is primarily to achieve sales for your first book, wait until you are almost ready to publish and combine it with a self-promotion campaign to some established websites that will reach a much larger audience than your blog.

I have now made my decision about which chapter to use as the beginning of my story and it will mean lots of tweaking as the readers will know something from the start of the book that was previously revealed much later; perhaps slowing down the editing process because I was spending time on the blog  has helped me to write a better book but I am not totally convinced of it.  What I am sure about, however, is that sharing photographs of dragonflies, butterflies, bees and flowers has been an entirely positive experience. 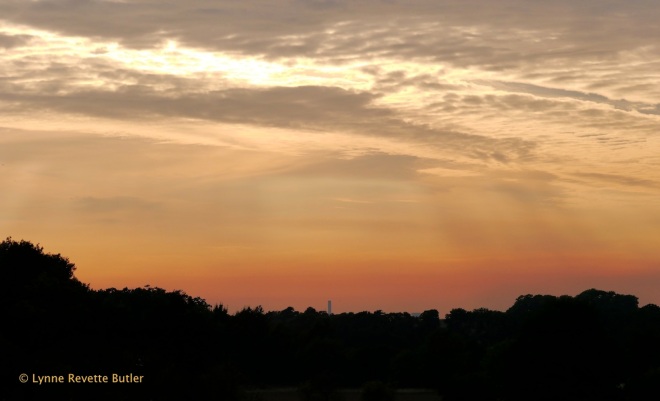 For years I shunned bright colours in my garden.  The only orange flowered plants I kept from the original garden layout were the Hemerocallis fulva Kwanso  featured in an earlier post.   Any red flowers were all dark reds, they veered towards the blue spectrum with no hint of orange allowed. Then suddenly, in my autumn years, I realized that I was enjoying other gardeners borders full of brightly coloured late flowerers as much as my own pastel drifts of asters, anemones  and  phlox. Out came the spade and the Hot Flush bed started to evolve.

This summer I added Helenium Septemberfuchs….. 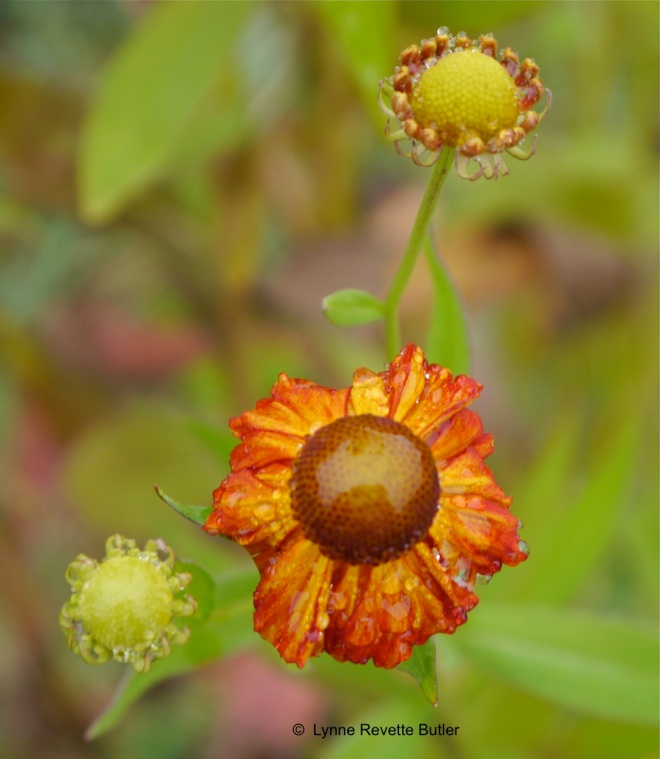 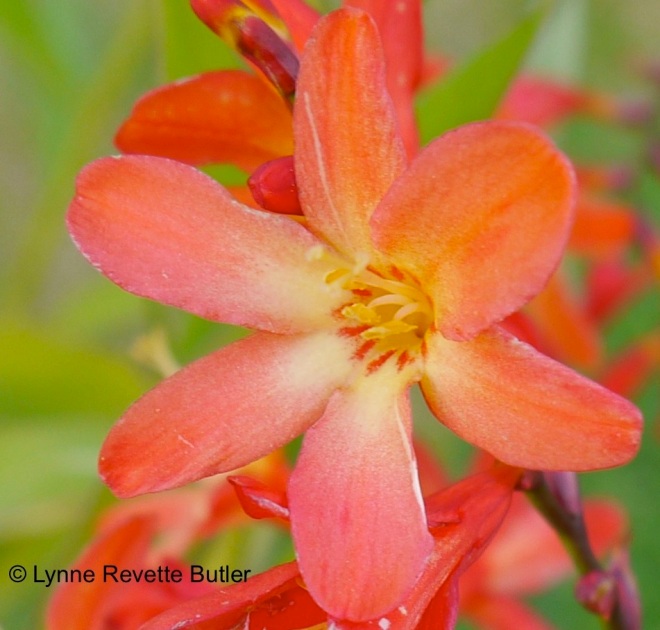 I spotted this hare as I walked home …………

when I walked into the garden the sun was in the lilac …….

I like the contrast between these two pictures taken during the same sunset; the soft rays across the stubble and the burning sphere in the foliage. The tree behind the lilac is actually about 400 yards away and this was the first time this year that I managed to catch the exact moment when the gap in its branches allows the sun to shine through the gap in the lilac’s branches.

A couple of weeks ago while out walking I took this shot as I turned towards home at about 7.15.

Half an hour later I spotted an airliner heading towards Heathrow; normally I wouldn’t take a second glance at a  contrail  but the light  was  perfect so I took this photograph. 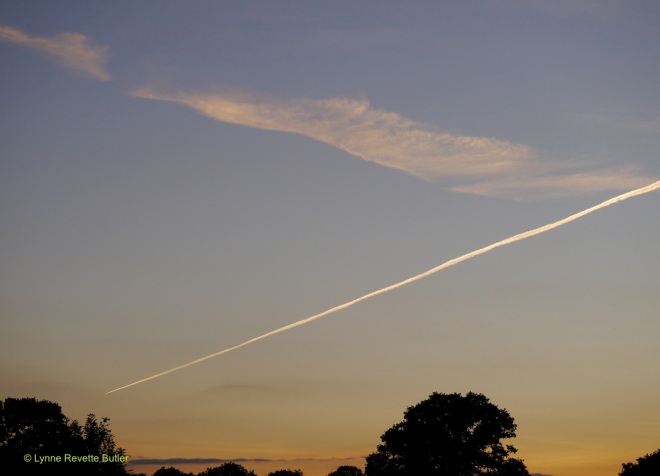 There must have been a landing delay as the aircraft suddenly veered right, then, several minutes later, turned again and flew back in the direction it had come.

It crossed back over its own contrail and circled round before heading once more in the direction of Heathrow. Usually I dislike these intrusive man-made vapour trails but that evening the effect was quite surreal, like an abstract painting across the sky. 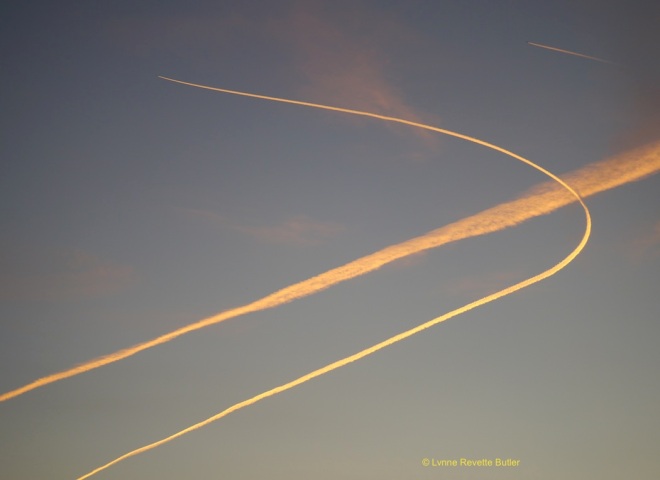